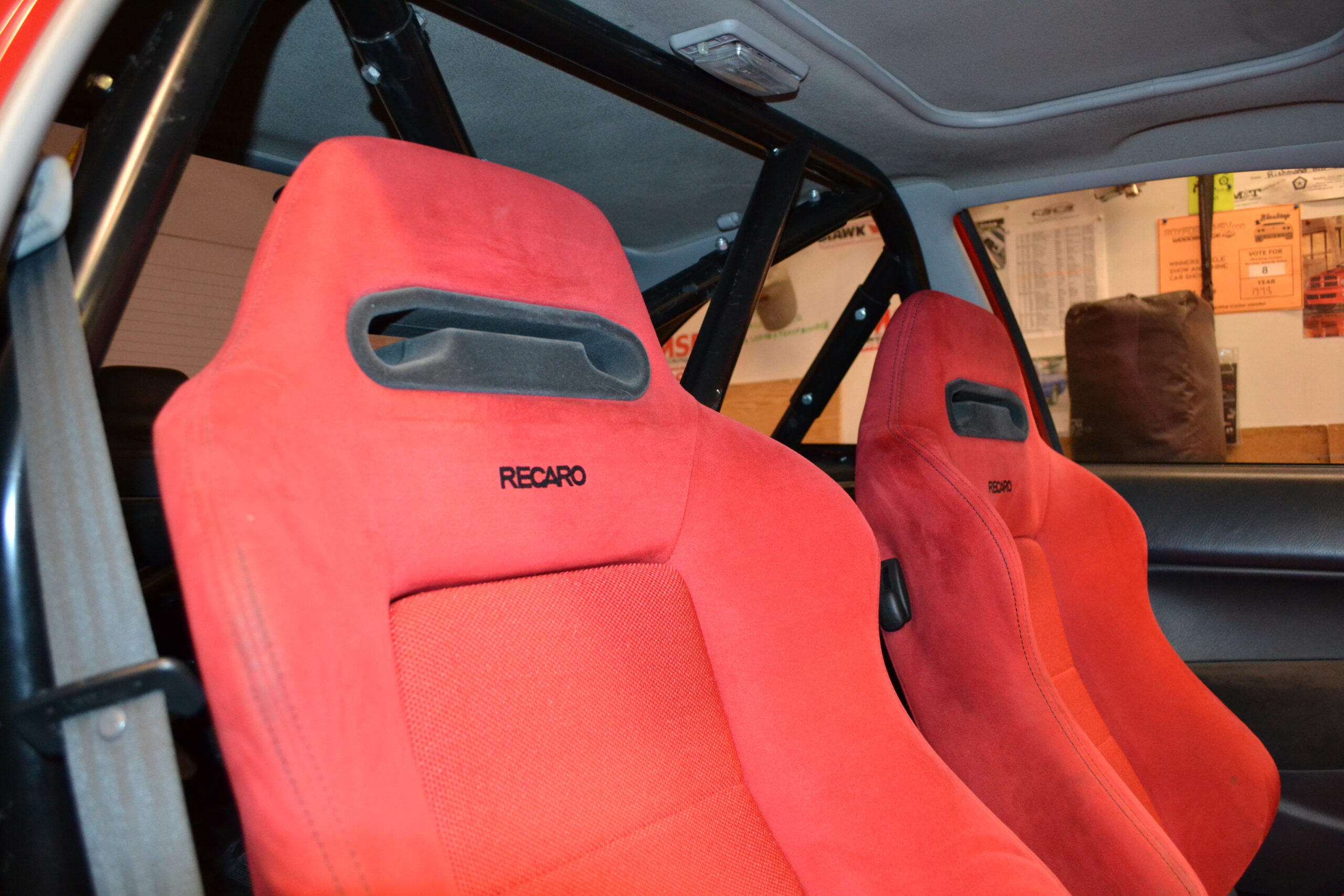 A new year is upon us and it feels like the racing season is right around the corner.  We might still have a few more months before the snow will start to melt, but that doesn’t mean we can’t get started preparing for next season.  In reality we started preparing the second the season ended and haven’t really stopped since.

We knew we had a few things we wanted to improve on the car over the winter and we decided to start tackling them as soon as our last event was over.  One of the big things I wanted to have in the car for this year was a roll bar.  The car has gotten to the point where not having one was a serious safety concern, but also I wanted to stiffen up the chassis as much as possible for this year.  I decided on a Kirk 4 point bolt-in roll bar with an added x-brace for chassis rigidity.  I managed to find it locally which saved having to get it shipped from the states which was nice.  The reason I chose to go with the bolt in for now was based on some advice I got from some roll cage builders.  Since I just wanted the roll bar and not a full cage they recommended just doing a bolt in for now until I was ready to go full out. Installing the cage was fun … well not really but after a few failed attempts my dad and I figured it all out and managed to get everything installed and bolted up. Here are some pictures of the final results:

The next mod on the list was upgrading our shocks and springs.  For 2010 and 2011 we ran a tried and true Koni Yellow and Ground Control setup that served us quite well.  However last year we decided to start adding some more aero bits to the car which started to overpower our spring rates that were on the car.  Our Koni’s were over 10 years old with probably 150,00kms on them and I knew it was probably time to get them re-valved.  I decided to have my Konis rebuilt and re-valved to SSP3 valving to support some heavier spring rates.  I decided to send my shocks down to True Choice Koni Racing Services in Ohio.

I was blown away with the service I received from these guys.  They definitely know their stuff and know how to take care of their customers.  I think my shocks where there for less then a week and I had them back at my door, and boy did they look great!

While my shocks were at True Choice I also decided to order a new set of springs for my Ground Control sleeves.  I decided to go with a set of Hyper Coil springs and upped my spring rates to handle the extra aero that the car will have for next season.  I kept the spring length the same as the original Eibach springs from Ground Control and also decided not to shorten my Koni’s.

Here’s some pictures of the final product after coming back from True Choice:

After installing everything and going for a little test drive I have to say I was blown away how much better the car felt.  Don’t get me wrong it stiff, but the car just feels more connected with the road and less bouncy then it was before.  I can’t wait to get out on the track and actually give these suckers a try!  The season can not come fast enough!

I’ll be covering some more of our upgrades in my next post, as we keep preparing for the 2012 racing season so keep your eyes peeled!