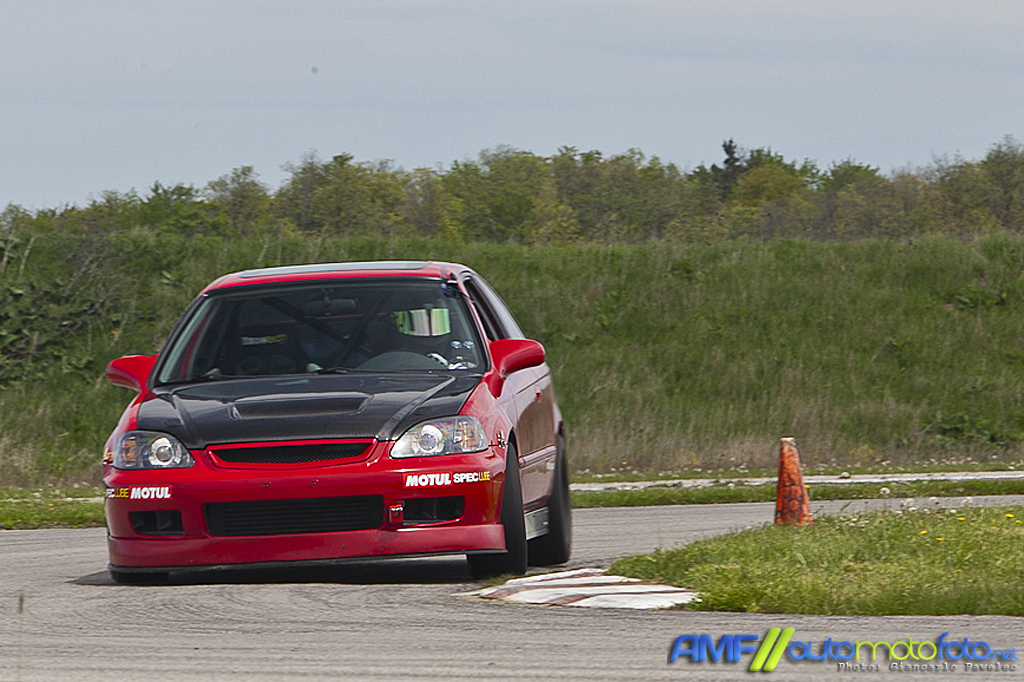 I started this post off just trying to recap all the hard work that we’ve been putting in this season. Some events over the past couple of weeks have changed my plans and I thought it would be better to go over what we’ve done in the past month as it’s been truly spectacular for me.

This year we decided to run 3 series, quite the undertaking if you ask me.  We started our season off with the Sigma Time Attack event at Toronto Motorsports Park.  The plan was to use this event as a way of setting the car up for the CSCS event which ran a few weeks later at the same venue.  I was hoping that we’d also be able to win Group A at Sigma, however that would be more of a nice to have then a must a have.  As part of setting the car up for CSCS, we mounted our new Nitto NT01 tires.  We also had to replace our front brake pads as our DTC 60s had seen better days.  Carl from Perry Auto hooked us up with a set of Performance Friction PF01s which we were excited to try out.

The weather was absolutely beautiful that day, and we started the day off mounting all the timing equipment that Sigma provides its competitors.  As part of competing you get our own personal lap timer in the car, so you can see while you’re in the car what kind of times you’re running.  The event was well organized and there were a lot of guys who turned out, which was very exciting!

We started the first session just bedding our brake pads in, and trying to heat cycle the tires (which we had done on the highway previously but I always like to bring the tires in slowly as I find it gives them a more consisten wear pattern).  I was having a hard time getting the PFCs to bed properly so we wound up having to work them in over 2 sessions.  On our third session I started to get into the car a little heavier and managed to lay down a mid 1:22 time which was already better then our best time last year.  Unfortunately the brakes were having some very odd issues, I kept losing the pedal almost as if the pads hadn’t bedded in properly or their was air in the system (impossible since we just bled the brakes).  I could usually get 1-2 laps of decent braking performance and then they would just go away on me.

I decided to bring the car in, frustrated as brakes were our biggest issue last year, that seemed fixed finally.  We had replaced the master cylinder/booster at the end of the season as we finally figured that was the last thing we needed to change.  We didn’t have any issues with the brakes at any our events a DDT earlier this year and had thought that everything was finally fixed.  It looked like either the PFC01’s weren’t well suited for the car or there was something else going on.

We let the car rest for a session and then decided to head back out and do some mock runs (since we only had 1-2 laps of good brakes anyway).  As I started to 2nd lap and started to get on the car I was coming out of the S’s and hear a very loud bang!  I had luckily just finished exiting the corner and was over towards the edge of the track, I slowed down quickly and went to the grass, I remember seeing somethings shoot off in my peripheral right after I heard the bang but didn’t think anything of it.  As I got the car stopped in the grass, I saw tons of smoke and thought perhaps the car was on fire.  It was time to practice my emergency procedure that we had practiced so many times before, I quickly unbuckled from the car, shut everything off and got out as fast as I possibly could.

When I got out, I realized the smoke was just from the brakes being so hot and touching the grass, luckily no fire.  As I collected my thoughts and started looking at the car, I realized my fender was all mangled and bent and the car was lower then I usually remember it.  As I calmed a little more, I realized that my wheel was missing, but where the hell was it?  Did I forget to tighten my lugs? I’m pretty OCD about this so I would think not, as I looked closer I realized that part of my wheel was still mounted to the car, but where the hell was the rest of the wheel? At that time, Giancarlo from AutoMotoFoto had run over to check if I was already.  My first question to him, have you seen where my wheel went?  He pointed over towards the front straight and sure enough my wheel was still rolling towards the front straight.  I was still in shock at what had just happened, and at the current state of my car.

As you can see from the photos above (thanks to Automotofoto.net) the damage was pretty extensive from first looks.  I was in complete shock as to what had happened, I pretty much figured our season was probably going to be over before it even started.  Shortly after the guys from Sigma showed up with a tow vehicle, some jacks, a spare wheel and tire, fire extinguishers and my dad.  They had red flagged the track and gotten everyone of quickly, I was really impressed by how well these guys took care of the situation and how organized everything was.  I have to thank them and everyone who helped out!

Getting the car recovered was the next challenge.  The splitter was dug into the grass and we didn’t really have anyway to get a jack under the car to get it up and get the broken wheel off.  Everyone decided to pick in and pick the front of the car up (gotta love honda’s for being so light), we managed to get a scissor jack under the front rebar to get front jacked up, and then get a jack under the side to get the car up, the wheel off and changed for a spare that the guys from Sigma had brought over.

We managed to get everything fixed, thanks to everyone’s hard work, and got the car driven back to the pits where we started to inspect more of the damage.  All in all it wasn’t as bad as we had originally thought, but it still was the end of the day for us.  I still couldn’t believe that our 949 Racing wheel had managed to sheer off completely at the hub like this.  I was really disappointed that this had happened, it cost us an event.  I still can’t believe today that the wheel failed in this manner.

Luckily one of our fellow racers loaned us his extra wheel so we could get the car on the trailer, and even let us go home with it.  This was a guy I had never met before in my life, and he felt the need to help us out like this.  To me this really showed how much of a community racing really is.  To all the guys that helped us get  the car out of the grass, and helped us disassemble the car in the pits I really have to thank all of you. A big thanks to my dad for being there, and helping get the car out of the grass without damaging anything more.  Giancarlo from Automotofoto also really deserves a big thanks as well for taking all the photos, helping us get the car out of the grass, and generally just supporting us through all of this ordeal.

In the next part I’ll go over the work it took to get us back on the track, and winning again, stay tuned for more …