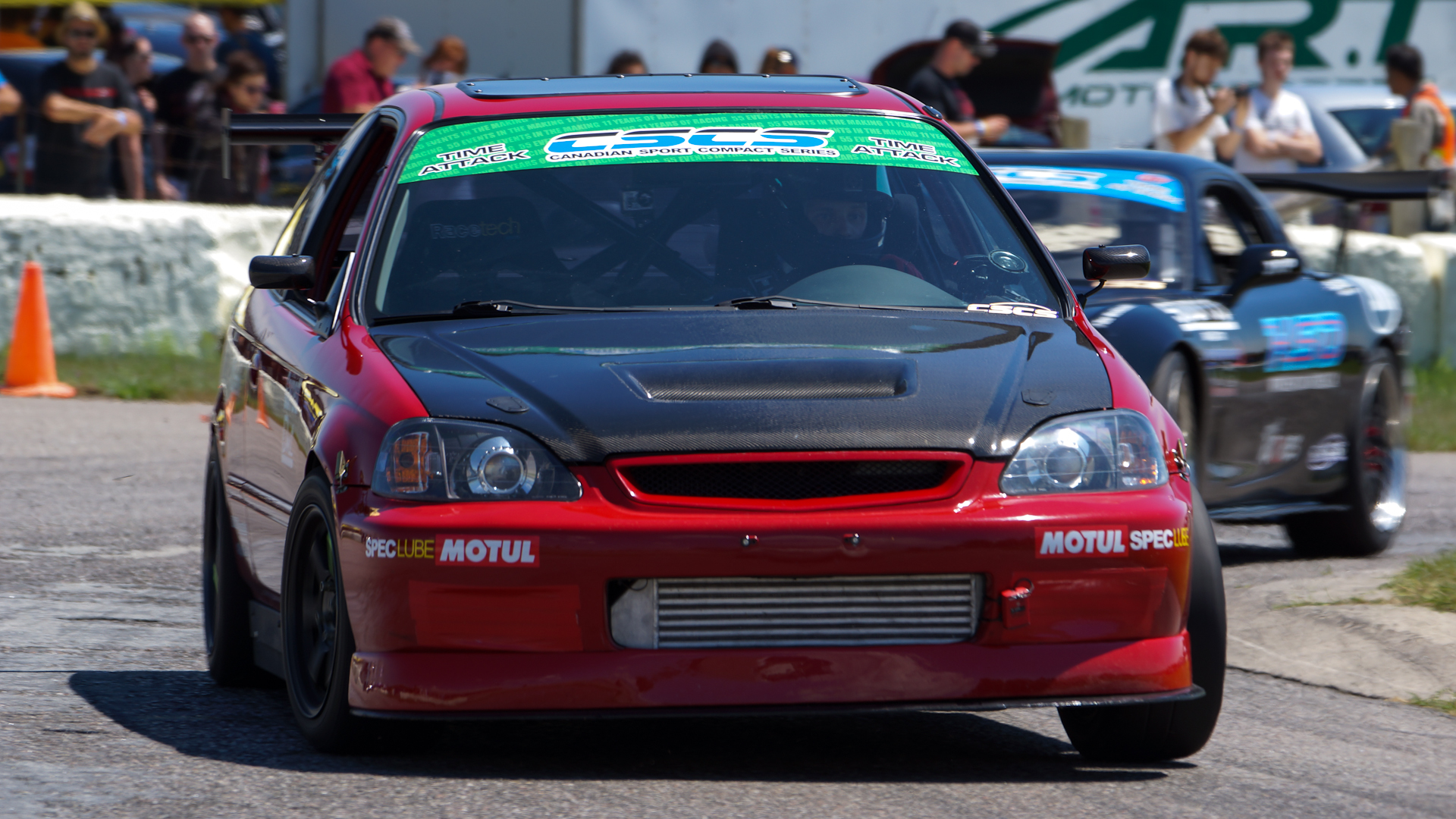 Something hit me this past weekend at Mosport DDT for CSCS Round 3. I had just finished my timed runs and found out we had finished 2nd which made me feel really defeated. I felt like I had failed to meet my own expectations, I felt like I left time on the track and the car was capable of a much faster time. This is always the worst feeling as a driver, knowing that the car could have gone quicker but that you were probably the limiting factor. What I was forgetting in all this though, was just how far we had come since last year and previous seasons. You see in racing it’s easy to get caught up in the here and now and forget to take a moment to reflect on where you’ve been and where you’re going.

When I took that time on Monday, after the car was unloaded and the trailer unpacked, I started to realize what an accomplishment we had made. When I started going through lap times from last year I realized that at the same event last year we only managed to do a 1.03.871 finishing in 3rd place. When you compare that to our times this year, we ran a 1.00.829 almost 3 seconds faster then last year. In 2011 I think I was running in the 1.07 range at best.  That means that we’ve managed to shave off almost 7 seconds in 2 years at a single track.

Then I started to think about how much I’ve learnt over the past few years and how much the car has changed and improved.  With each iteration we learn more about what does and doesn’t work.  Finally I started to think about all the great friends and people that I’ve gotten the chance to meet because of this wonderful sport and I really started to see how far we had come. I think sometimes we spend so much time comparing ourselves to others, we forget to take a look at how we stack up against ourselves. By doing this we really miss out on the opportunity to see our own progress which in the end is the most important thing.  For me this past weekend was a learning experience and I think I got the chance to grow a little bit as a driver. We may not have won the event or set the fastest lap but we improved on our times from the previous year and I learned to appreciate the smaller achievements.

Now time to get ready for the next CSCS event on August 18th at Toronto Motorsports Park!