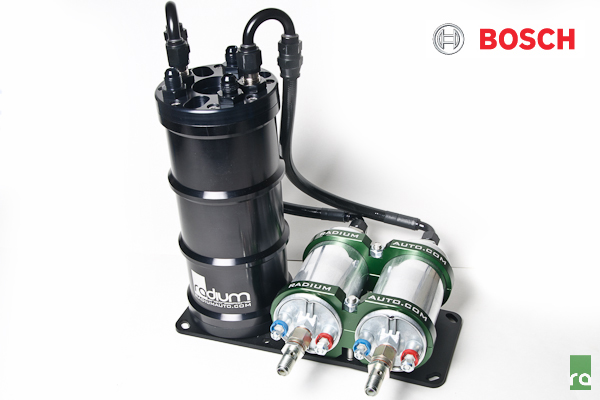 Let’s have a conversation about fuel. I know it doesn’t sound fun and exciting at first but fuel is the life blood of any car especially race cars. Ensuring that your car has adequate fuelling is an important aspect of any race car design. Unfortunately Hondas have an issue with their fuel pickup, especially civics. The first day I drove my car home from the dealership I was in dismay to watch my fuel gauge go from half to nearly empty when I decided to take an onramp to the 401 with a little bit of speed.

Think about that for a second, imagine yourself on the track throwing your car into a corner where you might see 1g to 2g of cornering forces. If a car already has issues with fuelling when it’s stock, that issue is going to be amplified when you throw a set of sticky tires and improved suspension pieces.

Our fuelling issue meant that we always ran our car on a full tank of gas. We couldn’t risk the car running low on fuel, causing the car to run lean on a timed lap. Not only could this affect our lap time but it could seriously damage our motor. This would have been fine if we were racing in a competition that lasted 20-30 minutes, however Time Attack is only 5 laps. Our fuel tank has a capacity of 45 litres, which meant that we were carrying around 72.5lbs of fuel for an event that only lasted 5 laps.  That equates to almost 50lbs of unnecessary ballast that we were carrying around the track. Now that might not sound like much, but shaving 50lbs from a race car might improve your lap times by a tenth of a second. A tenth of a second could mean the difference between winning and losing.

After doing some research we determined that the easy fix would be to install a fuel surge tank or FST for short.  For anyone who’s not familiar with what an FST does I suggest you watch the following video as it gives a general overview of what and how a surge tanks work:

We considered building out own surge tank setup, however after doing more research we found that Radium Engineering manufactured everything we needed and had taken a lot of time to over engineer every aspect of their kits. The guys at Radium build some really amazing surge tanks and have multiple configurations to choose from. They also come with many different fuel pump options from all the leading manufacturers. You can chose from Bosch, Deatsch Werks, Aeromototive, AEM and last but not least Walbro. Radium also engineers many other products including oil catch tanks, fuel pressure regulators and gauges, and specialty parts for Honda, BMW and Lotus vehicles, including their very own turbo charger kits for the Lotus Elise.

We opted to go for Radium’s Dual Bosch 044 Vertical Fuel Surge Tank.  One of the things we liked about this kit was that we could easily add a second pump as a backup pump if the primary ever failed on us. The one thing we’ve learned from racing is it’s always a good idea to have backups for everything! Another thing we liked about this kit was the fact that it used Bosch OEM 044 pumps. We’ve had really good success with these pumps in the past and the fact they are an OEM pump always makes us feel a little better when using them on a race car.

Another great aspect of the Radium products are their pre fabricated hose assemblies that you can purchase with your FST kit. These lines have a PTFE coating on the inside to ensure that they do not deteriorate with exotic race fuels. Also PTFE hose has ~zero~ permeation and will not emit vapours like rubber fuel hose, so it is safe to use in confined spaces such as a vehicle’s trunk. No matter what you should always use PTFE lines when dealing with fuel especially if you’re using something like E85 or race fuel. It’s really nice that Radium has taken the time to offer their customers these lines pre fabricated and ready to order.

Radium was even smart enough to engineer a bulk head plate that allows you to create a safe and secure bulk head between you and your FST. You can then install the bulk head fittings to ensure that your lines are not chaffed by the bulk head causing a fuel leak and fire. If you’re installing an FST in a race car this is a must have item.

When we received our kit from Radium I was really impressed with everything they included. They really took the time to think out everything that you might need. The kit included AN fittings for the Bosch 044 fuel pumps, all the necessary hardware for installing the kit as well as some very thorough instructions. Radium also provides you with a beautifully crafted CNC’d bracket for both the surge tank and the pumps. The bracket is a piece of an art, but it’s also functional ensuring that your surge tank is properly fastened and secured. The last thing you want is your surge tank rattling around in the trunk full of fuel (remember fuel is not light so the FST should be securely mounted with proper grade 8 hardware).

Installing the kit was fairly straight forward, we decided to locate our surge tank in the spare tire wheel well at the rear of the car. This also happens to be the location we chose for our  fire suppression system, we feel it works best for weight distribution in our car. Installing the kit required us to plumb the lines from the surge tank to the OEM tank.  In this system the OEM fuel pump, in our case a Walbro 255lph pump works as the feed pump for the surge tank. This ensures that the surge tank is always full of fuel. From there the Bosch 044 is used to supply fuel to the engine. In our case we re-used the OEM fuel lines as it simplified the installation and our OEM lines are more then capable of supporting up to 600 WHP. The fuel return line is plumbed back into the surge tank and then another return is plumbed to the OEM return.

The installation is very straight forward and could easily be done at home in your garage on a weekend. The key is to plan out your line routing and take your time.  Here’s how everything looked like after we installed it (some of the lines were re-routed after the fact to clean them up):

So now let’s talk about how well the system worked for us. We installed this system shortly before the final CSCS event of the season and I must say it was one of the reasons we managed to go faster at this event. Our previous fuel starvation issues were resolved, I could take the car out with less then a 1/4 tank of gas and turn lap after lap without any fuel starvation or lean conditions. Having shaved almost 50lbs of fuel weight from the car definitely helped us break our own lap record at Toronto Motorsports Park.

I also got the chance to run this system at Buttonwillow Raceway, for Global Time Attack’s Super Lap Battle 2013. All I can say is that I’m thankful we have this system in the car. This track is full of high speed corners where you’re flat out on the throttle. With our Radium FST system we still ran the car with only a 1/4 tank of gas and never had any issues at all.

If you’re in the market for a fuel surge tank and are looking at building your own, I’d really checkout the guys at Radium before you start. I can guarantee you won’t be disappointed, I can’t wait to test more with this next season and add our secondary backup pump.

Radium Engineering LLC is led by a team of Mechanical Engineers with years of automotive and aftermarket experience. Radium is also a sponsor of Boersma Racing. The complete line of Radium’s Fuel Surge Tanks can be found at: