Kicking Off Our Canadian Season in The Rain

Chris Boersma and the K-Tuned Honda Civic team headed to Canadian Tire Motorsports Park Driver Development Track, to kick off their Canadian Time Attack Season, with the hopes of besting their overall Super Street Record that they set last year.

The weather would prove to be the most challenging aspect of this race as the threat of rain loomed over the event all day. Chris managed in his qualifying sessions to get very close to his record pace with the power turned down due to a cool track surface and limited grip. Chris set the overall fastest qualifying time for Super Street during the qualifying sessions as the team prepared for the Time Attack session.

In the Canadian Sport Compact Series, Time Attack is run a bit different from events like GTA and GridLife. Teams have to qualify to compete in the “final” Time Attack session. These are the only times that count and determine the final winners and records. Each of the 8 qualifying cars are set out on track at the same time and are given 1 warm up, 3 hot and 1 cool down lap. 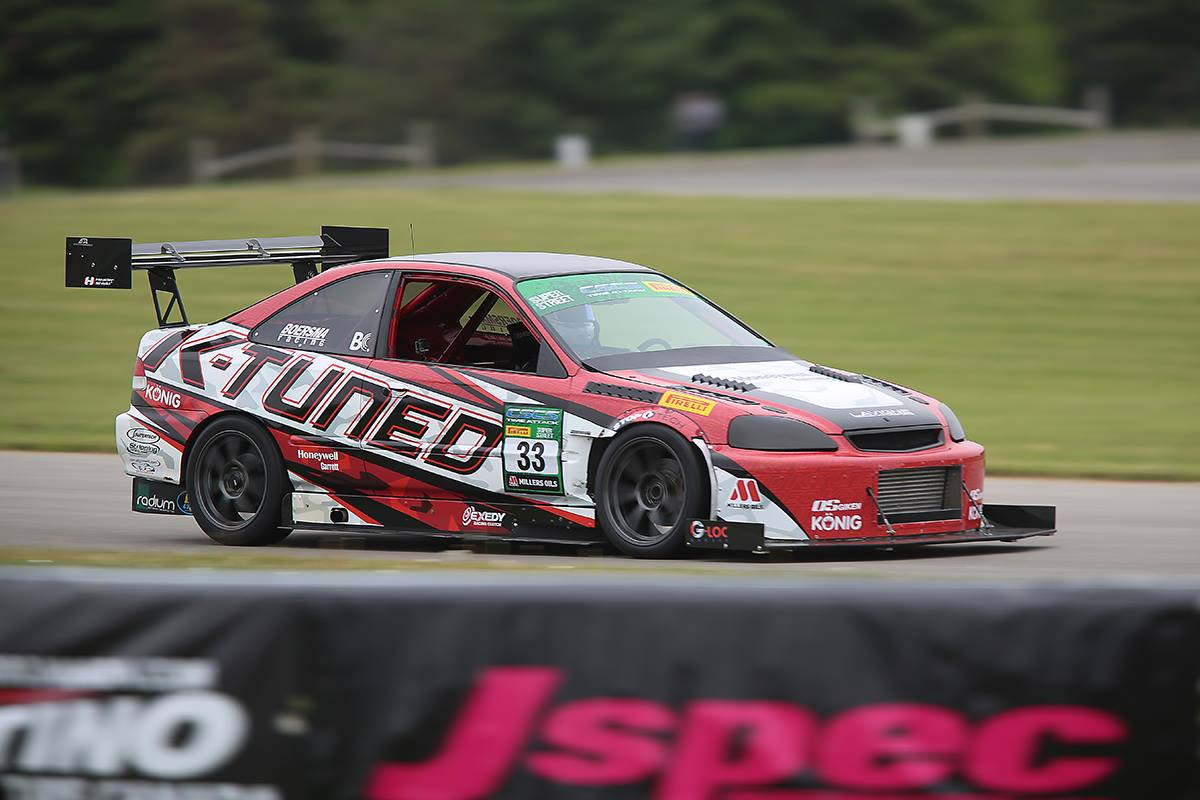 As the Time Attack session approach, the weather took a turn for the worse and the skies began to poor. Rain continued for over an hour which meant a wet track for the competitors, however the skies were clearing and conditions were changing after each session. When Chris and his competitors headed out on track the conditions were still quite poor and Chris managed to run the fastest time of the group, however one of the competitors was blocked on track and was given 2 extra laps on a drying track. This lead to him turning a faster lap time and ultimately bumping Chris and team to 2nd place.

The team were frustrated but understood that this is part of racing in changing conditions. They were happy to know that they had run the fastest overall Super Street time in the day and knew that had they run in consistent conditions they would have taken the win.

The next event for the K-Tuned Honda Civic team in Canada will be the second round of the Canadian Sport Compact Series at Toronto Motorsport Park in Cayuga, ON, on the 24th of June.