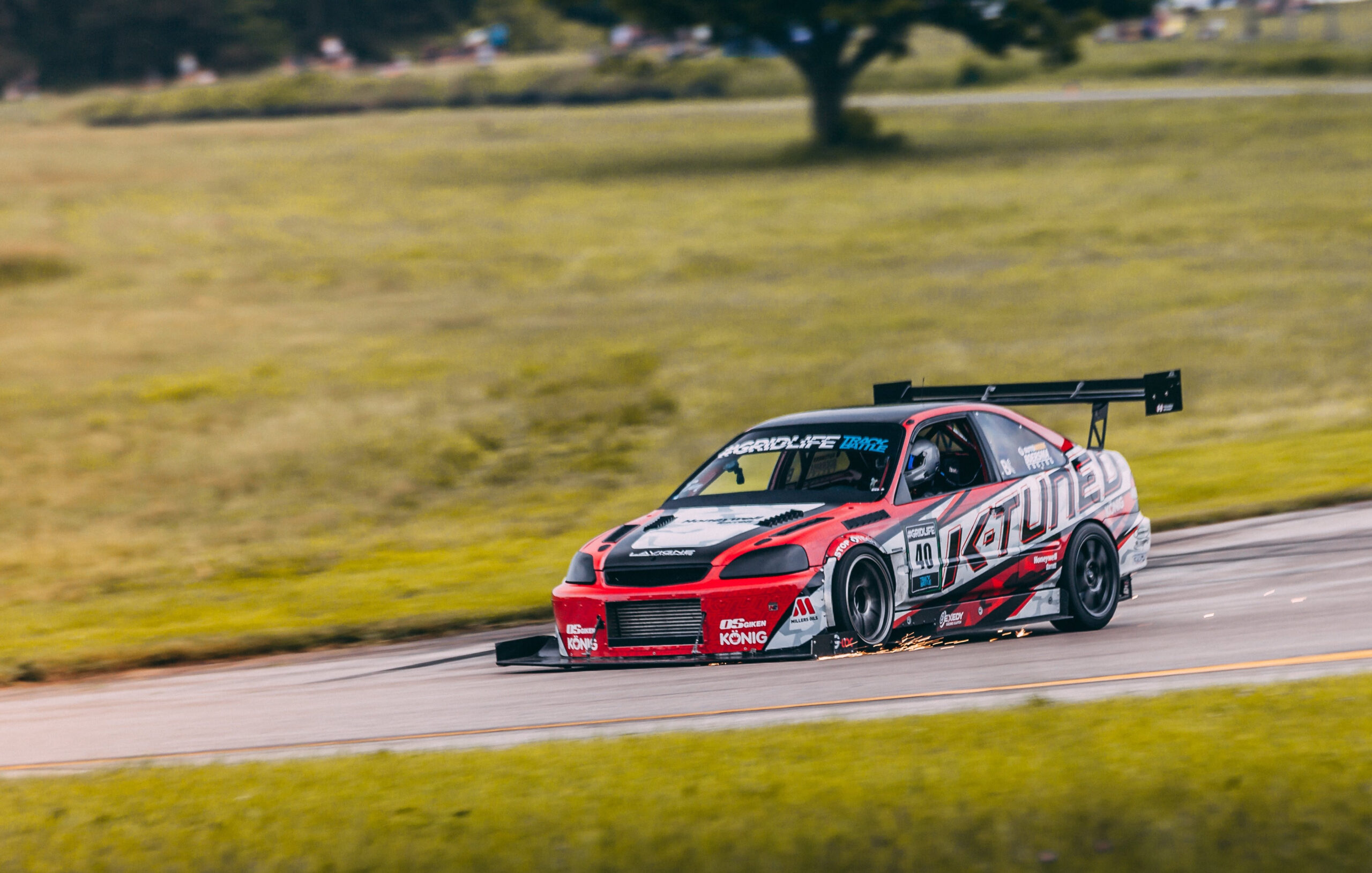 Back to Our Record Breaking Ways

After a difficult start to the season Chris Boersma and the K-Tuned Honda Civic team headed to Gingerman Raceway in South Haven for GridLife MidWest Festival. The team worked diligently to address the issues they had encountered in Atlanta and were hoping for a much smoother event at Gingerman.

Chris was fast right off the bat on Thursday in the Time Attack sessions, getting very close to his overall record last year. The team worked overnight to make some setup changes including a bump stop change to dial the car in for the Friday morning session and the team reviewed data looking for every bit of time that was out there. On Friday morning, in the very first session Chris shattered his previous record by over a second running a 1:33.493. With more 3 more sessions in the day, the team was confident that they’d be able to go faster.

Unfortunately, the racing gods had some other plans. Chris attacked a little too hard in his second session going off track, luckily with only minor consequences. In the third session he was on a tear when the car caught on fire. Chris got the car off track safely and managed to extinguish the fire with a handheld extinguisher. The fire was quite small, resulting in very little damage to the car.

With that the time attack event was over and Chris had secured the TrackMod FWD record besting his previous record. The team prepared for the Bracket Battle on Saturday where Chris would run against the other top 8-time attack cars from TrackMod. Rain in the morning made for an interesting bracket battle that started out wet, eventually leading to a dry track. Chris and the team decided to switch their setup to a full rain setup just in case the weather returned. 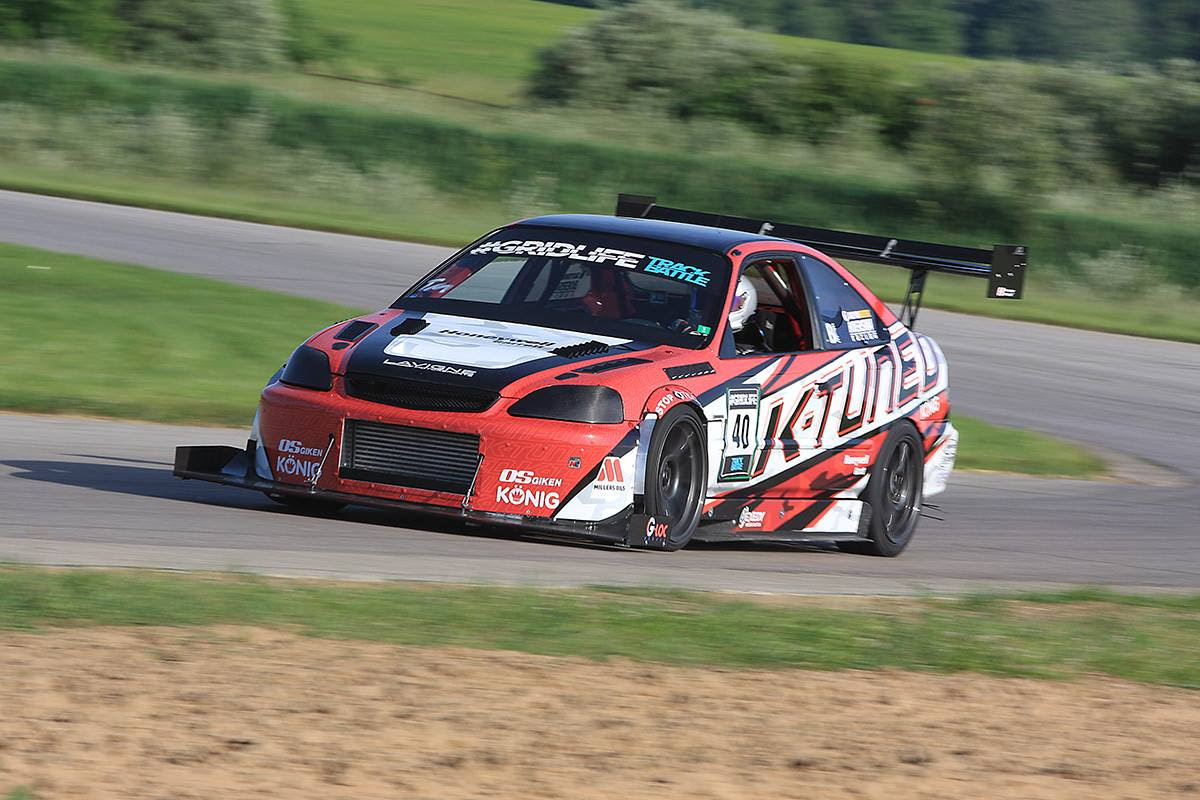 In his first battle, Chris faced off against Mike Lee in his potent S14 on a damp track and managed to win his lead battle and the follow battle advancing to the quarter finals where he faced off against Michael Puglisi in Mitsubishi Evolution. Chris won the first round as the lead car, but Michael took the second round meaning both cars had to battle it out in a one-more-time final shootout. Unfortunately, with the now completely dry track Chris’s rain setup was out gunned and Michael managed to squeak out a win the finals. This left Chris in the 3rd place position in the Track Battle.

Chris and team were very happy with the results taking 1st Place in Time Attack event, breaking their own record and securing a 3rd place finish in the Track Battle event on the Saturday. The next event for the K-Tuned Honda Civic team will be the second round of the Canadian Sport Compact Series at Toronto Motorsport Park in Cayuga, ON, on the 24th of June.