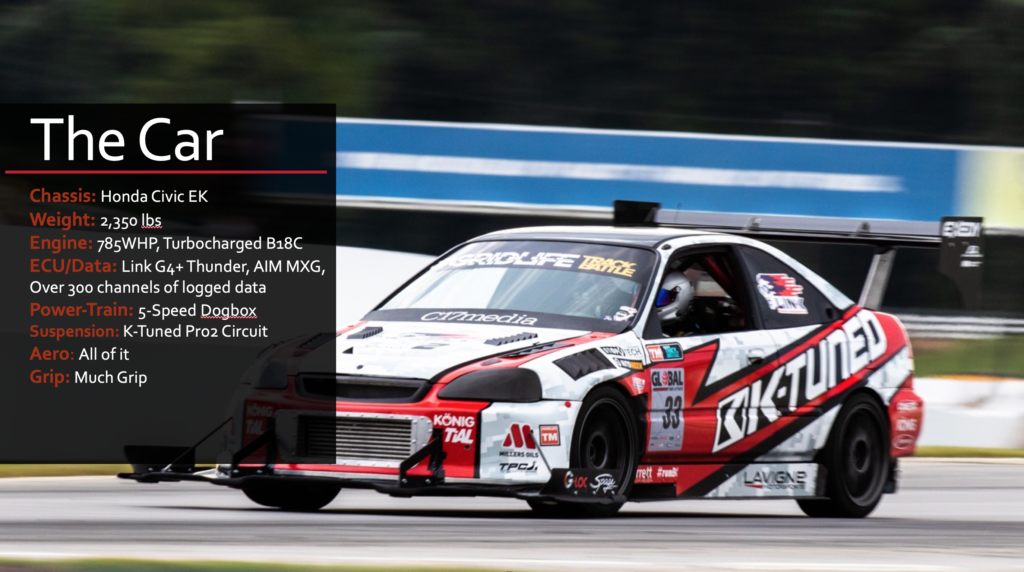 Boersma Racing has been competing in Time Attack since 2008. We started as a small grassroots racing team and have built from that foundation to form one of the premiere Time Attack teams in North America. Our team is a record breaking, championship winning that consistently pushes the limits of what’s possible in the Limited & TrackMod class of Time Attack. We have worked to put together a professional program that puts our partners front and center at some of the largest events in the country. Our team holds numerous track records all over the US and Canada, but we’re never satisfied resting on our laurels and are constantly looking to push our program to new levels.

Our team has built a strong social media presence and we leverage multiple platforms to help our partners build their brands. We are also an extremely technical team and look to work closely with our partners to offer relevant data and feedback to help improve and develop new products.

We make it one of our main goals to compete at as time attack events as possible. This puts our partners front and center at some of the largest, highest profile events in both Canada and the US.