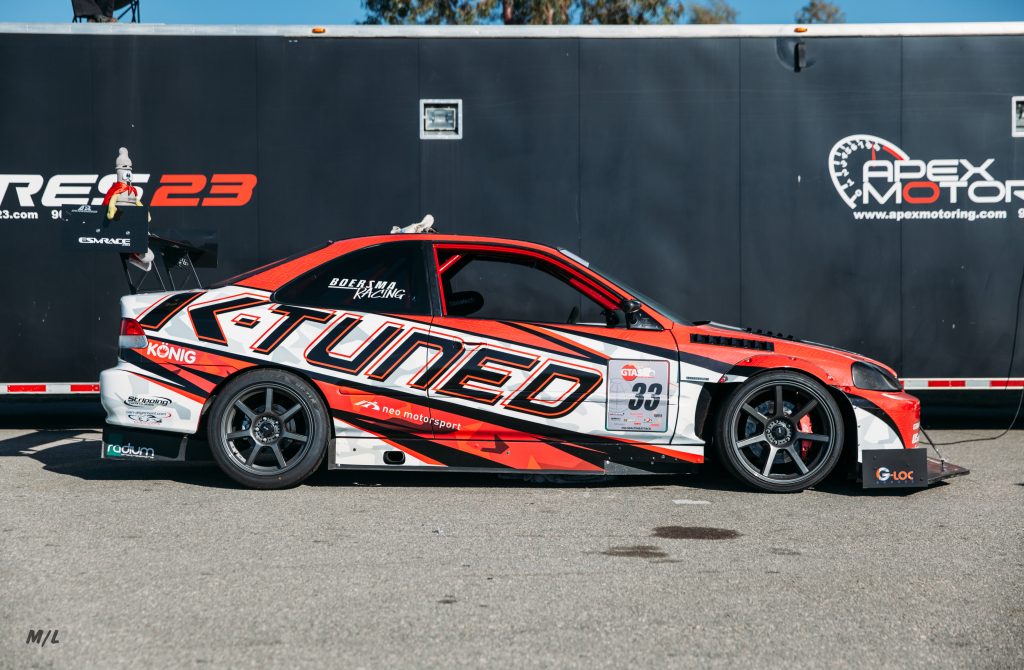 Since 2008 our organization has played a key-role in the development of FWD Time Attack cars here in North America. We are considered a fan favourite in the Limited FWD category and many teams look at us as one of the top teams in competition. We are consistently on the podium in the events we compete in, and hold numerous track records all over the North America, including holding both Street and Limited FWD records at the famous Global Time Attack Super Lap Battle.

One of our main goals is to be compete as many local and national time attack events as possible, ensuring we are present and winning at all the high-profile events. We view this as one of our key differentiators from other Time Attack teams. We aim to partner only with the best companies in the industry to make sure our car is consistently breaking records and advancing the sport of time attack forward.

Our goals for the rest of the season and 2018 are as follows:

​We have two types of Marketing partners. While a monetary investment from a partner is the ultimate for us as it pays, our costs involved in racing; it is also important for us to have Product Partners where we trade product for marketing and promotion of the manufacturers products. This tends to work for our partners too, as they can develop their products further with valuable data from one of the fastest Time Attack platforms in North America.